Sanna Marin had a hard time when videos of her partying ended up in the media. Now the Council for the Mass Media decided if the publications violated her privacy. Riku Neuvonen about privacy law and self-regulation of media in Finland.

The uproar started when an edited short video of Prime Minister Sanna Marin dancing was published in several media outlets. At the time of filming the video, the Prime minister had briefly finished her summer vacation. Later, an extended version of the video was published on private individuals' social media accounts.

In this extended video, the biggest discussion was sparked by the word jauhojengi (flour gang, which might refer to cocaine). Apparently, the word was misheard and the actual word might be jallujengi (jallu gang). Jallu is a nickname for a Finnish alcoholic drink that has a cult reputation. As a result, Prime Minister Marin took a drug test, which turned out to be negative.

Only political responsibility and no breach of media ethics

Politically, she had to answer to her own party, and especially the opposition has used the scandal in its own rhetoric. Prime Minister Marin is clearly Finland's most popular politician and a global star. The attention the scandal received abroad increased her personal popularity. Her Social Democratic Party is second in the opinion polls, as it was before the scandal. In terms of political capital and popularity, what matters is whether there will be more cases in the future. She has been in the headlines due to her partying and celebrity friends before and the following may have consequences for her political career.

Decisions of The Council for Mass Media

There is also its own separate discussion about the ethics of publishing videos. The Council for Mass Media in Finland (CMM) is the body that handles complaints about Finnish journalism. On August 31 2022, the Finnish Council of Mass Media issued a decision in which photographing Prime Minister Marin from behind in tight leotards did not violate her human dignity. The solution was a vote 7-6.

On November 9 2022, the CMM issued that news outlets did not breach their ethical code when they published videos. According to YLE CMM Chair Eero Hyvönen said that "There were no grounds for a negative decision in any of the complaints (…) There was however room for improvement in several stories. But we make decisions based on the guidance for journalists, and no grounds for a negative decision were found there."

The CMM received around 30 complaints about the publication and coverage of the videos. It ruled by a vote of 10 to 2 that although the videos were shot in a private setting and the published sections did include some aspects not directly linked to Marin's position as Prime Minister, publication was justified on public interest grounds. Videos shot by different associates of Marin were shared on social media, showing her dancing and partying with various public figures and celebrities. The CMM does not have legal jurisdiction or public authority and it responds only to complaints filed about possible breaches of good professional practices.

Is dissemination of these videos unlawful in Finland?

Legally, the case involves several different perspectives in terms of privacy protection. Both videos were apparently videoed from a private social media account post that was supposed to disappear within 24 hours. The account was intended for a closed group. Dissemination of information violating personal privacy is criminalized in Finnish Penal Code as well as defamation.

Dissemination requires that this act is unlawful and made through the use of mass media or otherwise available to many persons. However, there is exception according to persons in politics, business, public office or a public position if dissemination may affect the evaluation of that person’s activities in the position in question and it is necessary dealing with matter of importance to society. The defamation requires that information is false or give false insinuation. Defamation has similar exception than dissemination. 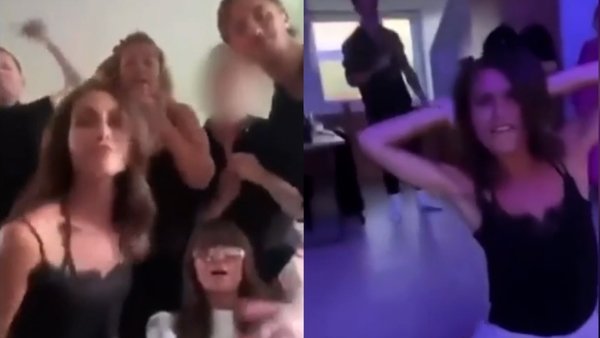 Neither Sanna Marin nor the other people who appeared in the video have filed charges for publishing the video. In Finland, dissemination of information violating personal privacy and defamation are offences the prosecution rests with the complainant. The public prosecutor can only prosecute if the matter has special societal significance or there are other pressing needs to prosecute. However, neither crime is not yet barred by the statute of limitations. In both criminalization, the right to sue expires in two years.

The issue of availability is in the public interest

If there is criminal procedure based on dissemination of information violating personal privacy or defamation it is highly unlikely that the release of the videos would result in a criminal conviction, because the video has a public interest. Prime Minister Marin was in office at the time the videos were shot. She has finished her holiday earlier than expected but she was in office without an appointed deputy. After the constitutional reform in 2000, prime minister is the most significant politician in Finland. Therefore, the prime minister has to be available in case of a crisis. Due to the opinion of the Chancellor of Justice, there are different ways to organize the matter and, for example, national security was not compromised.

If this video has been shot during her holiday when there is an appointed deputy or the video would have some clear private content, for example showing family members, especially her child, it would be totally another case. The privacy of others appearing in the videos is a completely different matter and it could be defamation related to drug suspicion. However, other people featured in the videos are influencers, pop stars and other public figures. Sanna Marin has also been aware of filming. This has not been a clearly private party and filming has been part of it.

There are no civil injunctions or other gagging orders in the Finnish legal system. Violation of privacy is a crime and legal consequences follow after the publication. The courts have the possibility to order to cease the distribution of a network message but the order has been used only in cases relating to hate speech or otherwise extreme conditions.

Prime Minister or other public figures are not without protection of privacy in Finland. For example, the European Court of the Human Rights (ECtHR) case Ruusunen versus Finland (Decision of 14.01.2014) was related to the former Prime Minister's love life. The author and publisher were sentenced to small fines. The European Court of the Human Rights did not find that Finland violated Article 10 Charter of Fundamental Rights of the European Union, freedom of speech. The court stated the Finnish courts have made their decisions based on ECtHR case law and have weight and balanced freedom of speech and privacy in acceptable way. Compared to Marin the central part of the case even connected to former Prime Minister's sex life and his children.

Understanding this situation requires finding out the history and context of privacy protection in Finland. Finland is today leading countries in the freedom of speech and free press indexes. This is a result of the development of the last decades. After Finland joined the European Convention on Human Rights in 1990, the fundamental rights chapter of the constitution was partially modified in 1995. Before the modification of the chapter, fundamental rights did not have a significant position in Finnish legal doctrine.

Finland got tutoring on freedom of expression

Despite the reform, Finland received several rulings from the European Court of the Human Rights from cases related to freedom of speech and privacy protection. The Strasbourg court stated in many cases that Finland had violated Article 10 of the European Convention on Human Rights.

As a result of the verdicts, the criminal code in Finland was modified regarding dissemination of information violating personal privacy and defamation. Finnish courts had changed their reasoning earlier. The current interpretation puts more emphasis on freedom of speech and, for example, in the Ruusunen case the Strasbourg court had stated that Finnish courts have made sufficient weighing and balancing between compering rights from the viewpoint of the European Court of Human Rights case law.

In addition, it is also necessary to understand the context of the media and leading politicians. Finland was for decades a presidential system. Especially after the Second World War, a key element in Finnish politics was the relationship with the Soviet Union. President Kekkonen, who was president from 1956 to 1981, was considered as the guarantor of this relationship. This period was also called Finlandization, which means consensus-seeking for foreign policy reasons in the media. One consequence was that the media did not report on the President's illness or, for example, on the alcoholism of leading politicians.

After the collapse of the Soviet Union, Finnish media started writing about politicians in a different way from the 1990s on. At the same time, there was a fundamental rights reform in Finland, after which freedom of speech and other fundamental rights have been taken seriously. Finland is not anymore an exception but more like other members of the Council of Europe and there are no more cases relating to privacy and freedom of speech pending in Strasbourg.

LL.D. Riku Neuvonen is a senior lecturer of public law at the Tampere University. He is an adjunct professor in Media Law at the University of Helsinki. Neuvonen has published widely on freedom of expression, privacy, and the regulation of the media. Neuvonen has served as an academic expert in several roles in legislative processes.